New toy of mine and apes

New toy of mine and apes

The other day Ape called me from work and said that we have 2 new things on the way to us to test out before the staff at he's work get them.
I was like

What is it he said we are going to install all staff with laptops a new cooling fan system.

Don't you already have the fans on the bottom of your laptop at home and why do they need to have fans on them at work there on a big desk.

Ape then told me that most of the laptops that are used in the call centre are over heating all the time as there is not a lot of cool air in the office and the gap under laptops are next to nothing so there for a fan system would be a good move to save on over heating laptops.

Now this thing has 4 settings on the bloody thing LOL ....Yes I'm a girl and nothing is that easy to me at times

This is the Blue light setting to make the lights come on the + button turns on this cool sexy blue light under the fans that really look sexy. Woo now that Flash .....

Now the other one what the hell is this one for

When pressing it at first I thought Nothing is working so i had to have a look with the laptop off to the side of the pad and then Bam there it was under the pad where the laptop sits on there is a 6 little fans whizzing around as you press the button the number on the front in red goes down and 2 at a time the fans go off so when I pressed it the first 3 times it tuned on all the fans but when I turned the power off then back on again only 2 middle fans was on so after pressing the button one more time the 2 outer fans come on and the middle ones went off.....

photo's of my new toy 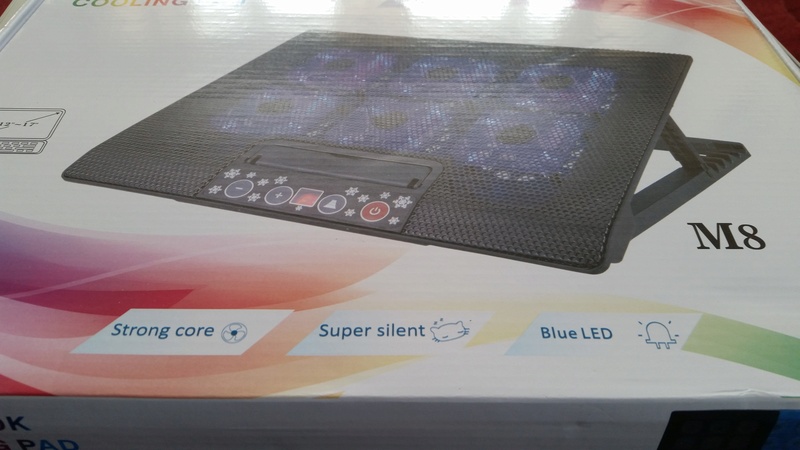 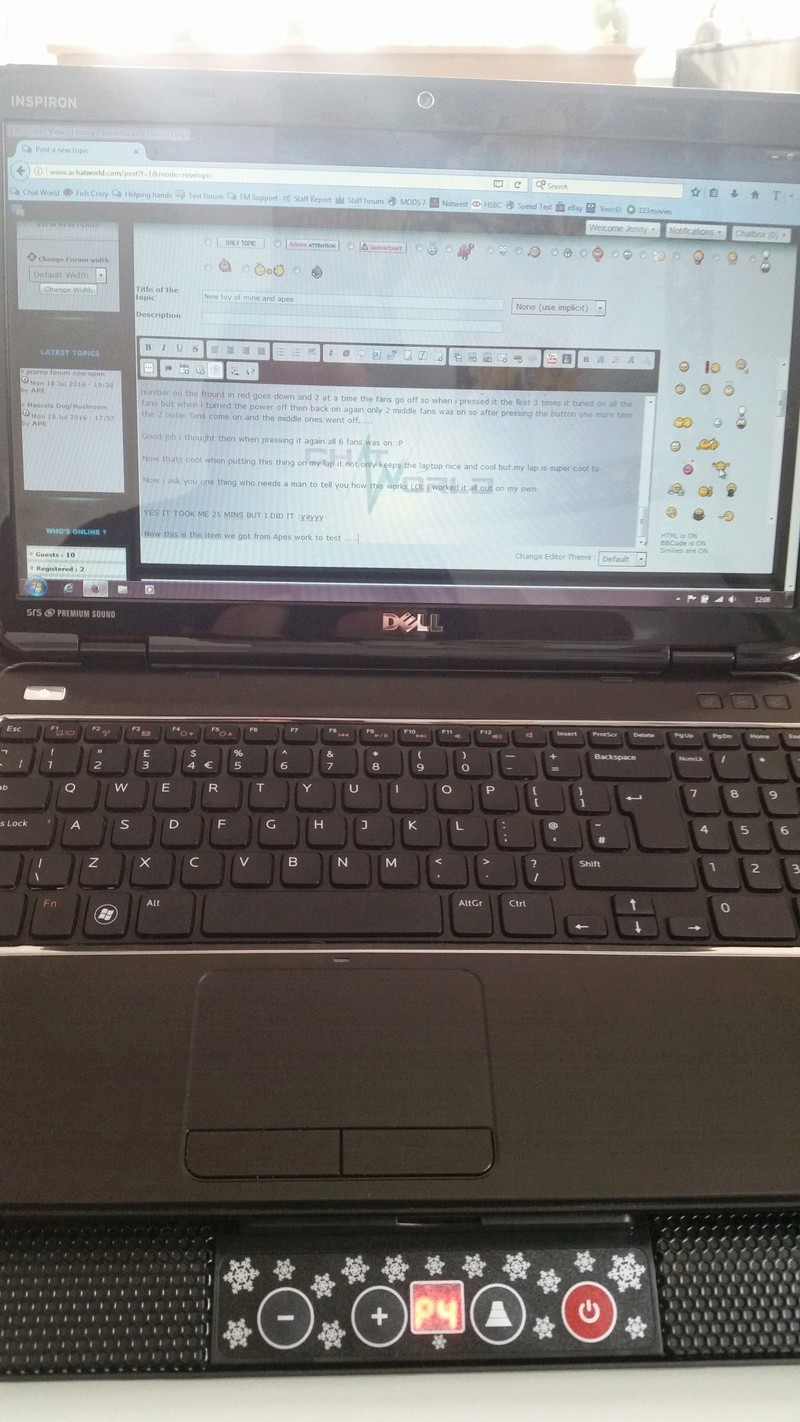 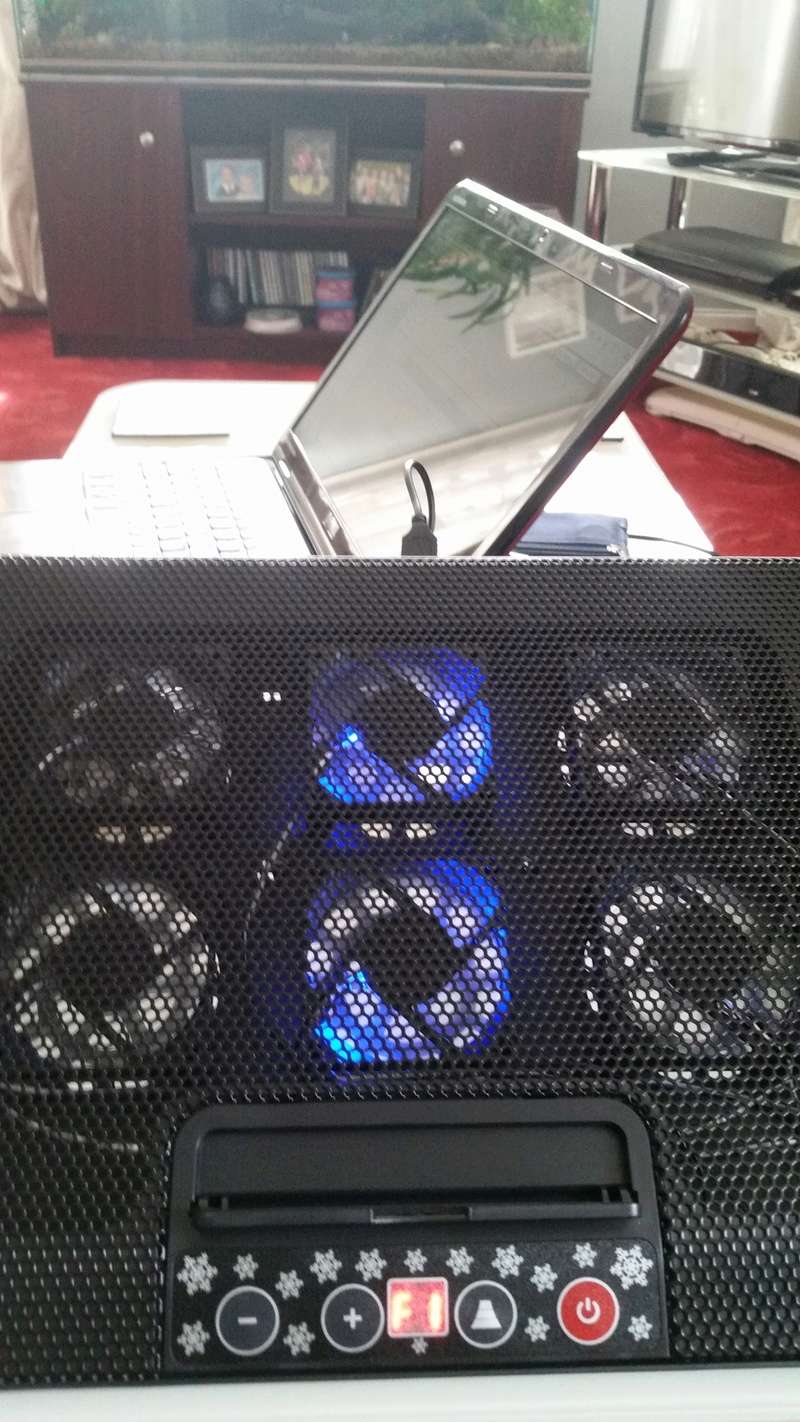 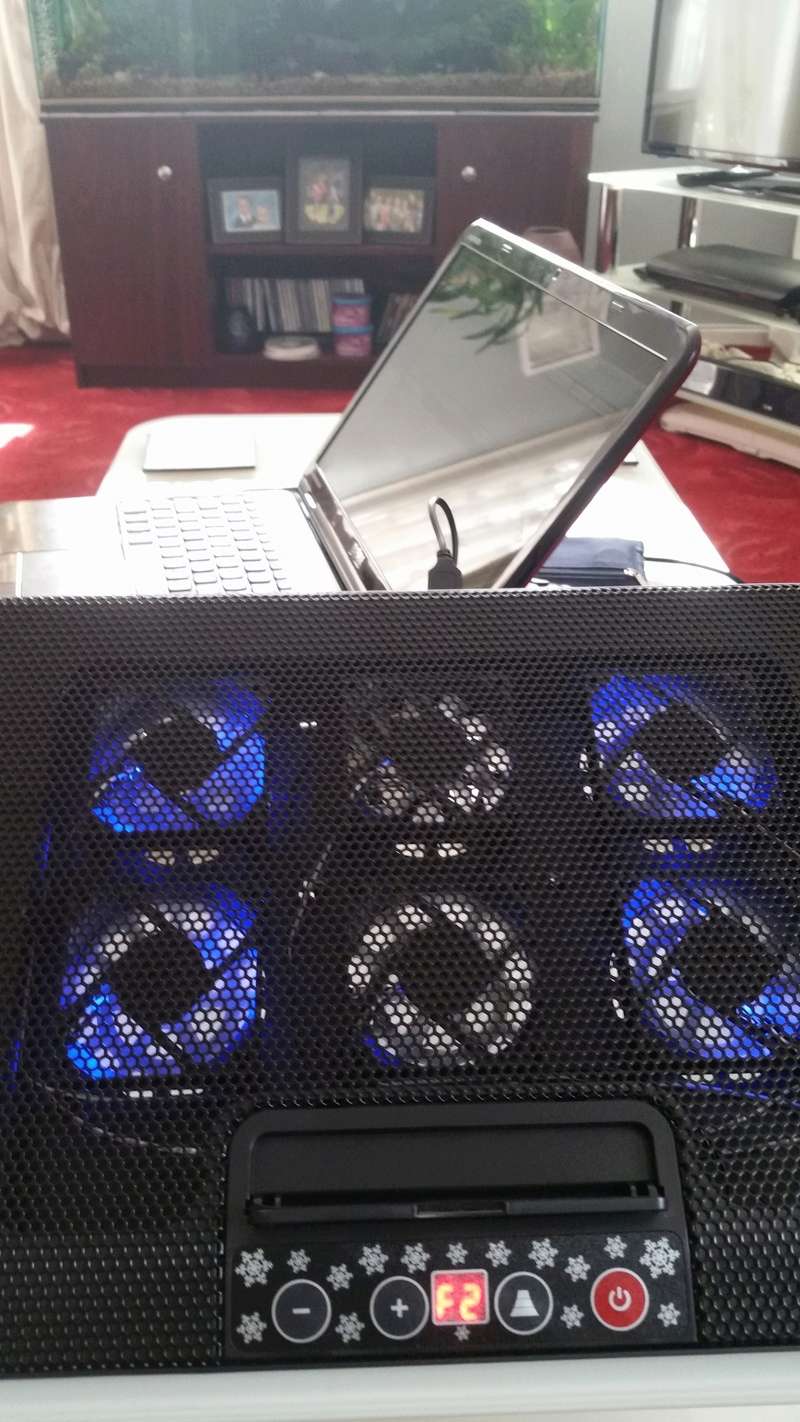 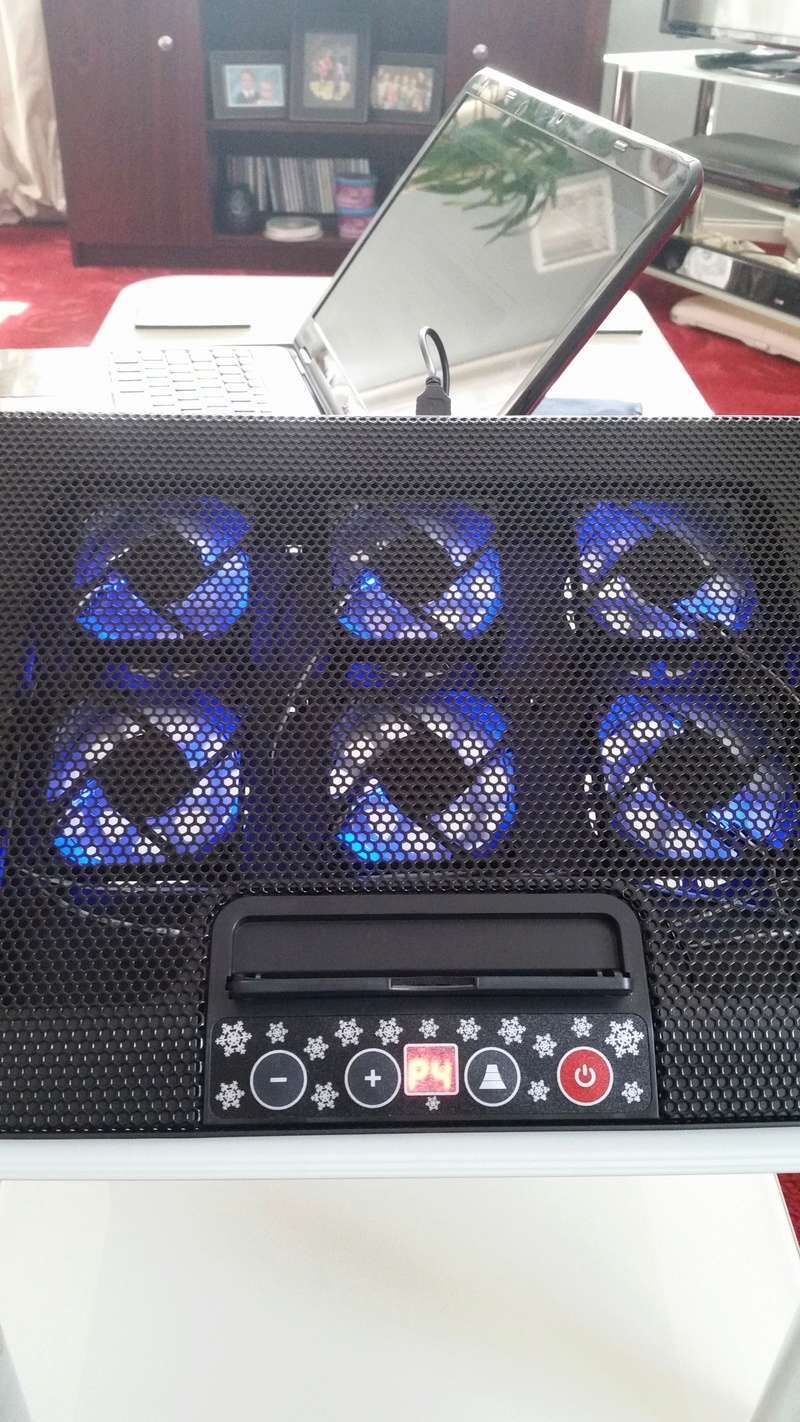 i have one too ....and it is opening also and become a small desk

Update on my one

yesterday i was sitting on the sofa trying to update my laptop and i found that the laptop was not sitting right.

After playing about with the fan pad thing i found the leg that hold's it up a little was broken.
So now i can not tilt it up and have t have it laying down all the time.