"GHOST ASYLUM", a fearless crew is on a quest to hunt down chain-rattling ghosts and scary apparitions by any means possible, even if that requires luring themselves as the decoy. GHOST ASYLUM follows the most passionate paranormal team in America, the Tennessee Wraith Chasers (TWC), as they examine some of America's most frightening asylums, sanitariums and mental hospitals. Their goal isn't just to conjure spirits and collect evidence but they are on a mission to physically capture restless souls with their cutting-edge ghost traps and self-trained Tennessean wit. 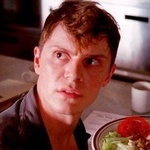