Eleven acts will fight it out in the final of Britain's Got Talent, with a wildcard introduced tomorrow.

Here are the 10 finalists announced so far:

:: Only Boys Aloud -
aged between 14 to 19, from South Wales. The 133-strong choir have
consistently wowed the judges with their epic renditions of traditional
anthems.

:: Ashleigh and Pudsey -
aged 17 and six respectively,
from Northampton. Ashley Butler and her dog Pudsey have charmed viewers
and the judges alike with their routines.

:: Jonathan and Charlotte -
aged 16 and 17 respectively, from Ilford, east London. These
students made their mark with opera-meets-pop duets and stuck together
despite Simon Cowell suggesting Jonathan should go solo.

:: Kai and Natalia -
aged 16 and 15 respectively, from Southampton. The teenage
ballroom dancers have been dancing together for two years and won
through with their semi-final performance set to Jet's Are You Gonna Be
My Girl.

:: Loveable Rogues -
Eddie Brett, 20, Te-Qhairo Eugene,
18, and Sunny Muharrem, 18, from Essex. The trio captured the
imagination of viewers with their catchy tune Lovesick, but their
chances may be damaged after they admitted being approached by producers
to appear on the show, sparking claims of a fix.

:: Molly Rainford -
11, from Essex. Alesha Dixon dubbed her a "little Mariah
Carey" and she won through after a public vote sparked by a split panel
decision.

:: Sam Kelly -
19, from Spixworth, Norfolk. The teenage
singer is studying for a music degree in Brighton. His stripped-back
performance of the Goo Goo Dolls hit Iris ensured he cruised through to
the final.

:: Nu Sxool -
aged between nine and 14, from Port
Talbot, South Wales. This 17-strong dance group are the world champions
for their age group and were described by Cowell as "the St Trinian's of
dance".

:: Ryan O'Shaughnessy -
19, from Dublin. The teenager was
described by Cowell as a "brilliant songwriter", but was nearly axed
from the show after it emerged he was under contract with the Irish
version of The Voice.

:: Aquabatique -
aged between 21 and 28.
These four synchronised swimmers dived into the final after a perfectly
choreographed routine set to a medley of James Bond theme tunes.

I Vote for only boys and Ryan O'Shaughnessy,
i also love the dog one but as we can only vote for 2 i picked the ones i most liked and know have a chance to win

not telling you who i voted for lol

Last Chance to Vote before the end of the show

Get your Votes in today

its got to be
Ryan O'Shaughnessy, And Ashleigh and Pudsey 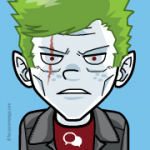 thank you for your votes